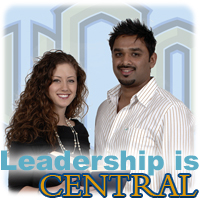 You may have noticed last week that the University of Central Oklahoma announced they were creating a "School of Rock" in Bricktown. Yep, you read that right "“ a boring commuter school is opening a rock n' roll school in a stale, touristy part of Oklahoma City. If that's not a recipe for success, I don't know what is.

Seriously, did they not consider all the bad things that can result from this? What will happen on the first day of class when all the student moms in minivans try to park in one of the five free Bricktown parking spots? Which bar will get shut down for allowing the seven underage students at the school to get drunk? Will students be disciplined for not smoking? These are some serious questions that must be answered. Maybe Steve Lackmeyer will tackle it in a future column.

Anyway, maybe I'm being overly critical. Maybe the UCO "School of Rock" will be a resounding success. If that's the case, we've decided to list some other strange and totally mismatched school ideas for other local universities, colleges and organizations to consider. The first one is below, the rest are after the jump.

What: College of Advanced Law

Why: I would say that 80% of students chose the Oklahoma City University College of Law because they didn't have the grades or LSAT score to get into OU. Since that's the case, the school should probably create an advanced college of law to justify the university's overpriced tuition, and also encourage bright law students to enroll.

What: National Institute of Tolerance and Acceptance

Why: Lets be honest, our state legislature really hasn't been the most tolerant and understanding group of folks out there. It seems like most of the laws they decide to pass and send to the governor are aimed at limiting the freedoms and rights of people in the minority, not protecting them. Maybe by creating this school, some of the legislators can attend classes.

What: School of Flesh

Why: Oklahoma Christian University has the best location available for a School of Pornography: Enterprise Square USA.

Why: I think it would be fun just to hear Eddie say "succumbed to temptation."

Why: I've been to Lawton once. When I got back home I was put on suicide watch. Even their CBA dance team is depressing. I can't imagine anything happy occurring in that town, a happiness school would be a good start.

Where: University of Oklahoma

Why: Since, oh, the 1920s, the University of Oklahoma hasn't really been known as a "compliant" university when it comes to abiding by NCAA rules and regulations. Maybe if they were able to create a training center that taught, or possibly even redefined, what compliance standards were they would have better luck obeying NCAA rules.

What: Oklahoma University of Science and Arts

Why: Knowing what I know about Chickasha, it's kind of hard to envision anything that is "science" or "art" related happening in this sad little town. Maybe by creating a university that focuses on those subjects, the culture of the town will improve. Or, maybe it will still just be filled with unreliable rednecks who put on a mediocre light show every Christmas.

Why: I don't think hot chicks exist in the panhandle, so maybe this will help improve the situation.*

*If hot chicks do live in the panhandle, please send us some pictures.

What: School of Advanced Bimolecular Engineering

Why: You may not have known it, but OCCCCCCCC has a pretty nice library. The problem with it is that that don't offer any courses that are challenging enough to warrant its use.

What: School of Casual Dating

Where: Oklahoma School of Science and Mathematics

Why: Who better to teach people the ins and outs of dating then kids who can do regression analysis in their heads? I know I would feel more comfortable picking up girls if I had a horribly socially awkward genius teaching me how talk to hot chicks. Maybe the new, hip pickup line will be "Hey, want to come over to my place and check out my quadratic equation?"

Where: Classen School of Advanced Studies

Why: Bullies love to pick on smart artsy kids, so I can't think of a better place to have a bully college than the Classen School of Advanced studies. Hell, my dad helped create the school and he probable agrees with me.

What: School of Possibilities

Where: OSU at OKC

Why: Because it's such an easy joke, that's why.

Anyway, that's all we got. If you have anything to add, leave a comment.

4Comments
Patrick
November 24, 2022
Everything Else