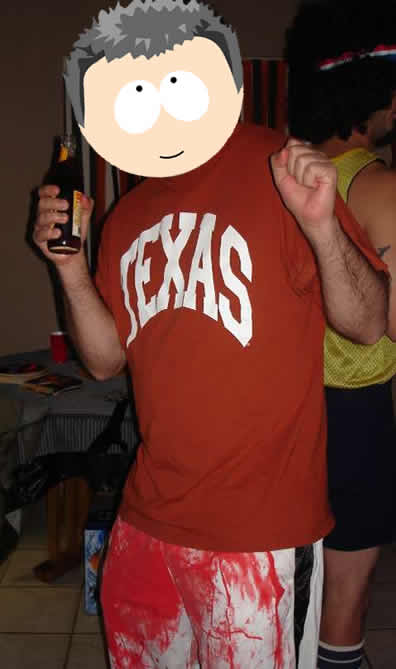 On that note, here is what I learned about Halloween this year:

"¢ If you come up with a list of possible Oklahoma Halloween Costume Ideas, you need to dress up in one of those costumes. Something feels good about it. You also have to be ready for an established journalist like Mr. Monday to kind of rip off one of your ideas.

"¢ It's kind of neat when a few people at a Halloween party actually understand your obscure and weird Halloween costume. It kind of sucks when most of those people are guys.

"¢ It's kind of uncomfortable explaining to single attractive women that the red paint on your costume is supposed to resemble the blood from a torn scrotum and not something else. However, nearly drinking an entire 12-pack of Newcastle Brown Ale helps with this.

"¢ Nearly drinking an entire 12-pack of Newcastle Brown Ale is not good for you.

"¢ It's odd when somebody at a Halloween party actually went to high school with the person who you are dressed up as.

"¢ There's no better motivation for a diet than seeing fat Halloween pictures of yourself.

Anyway, that's what I've learned about Halloween this year. And technically, it's only been Halloween for 39 minutes. Have you learned something bigger, better and brighter? If so, leave a comment!

2Comments
Patrick
December 7, 2022
Everything Else

He stopped by for a good cause...