As we first discussed last week, Crazy Carol Hefner – the deranged alt-right socialite who hates all liberals and Muslims, DMs people out of the clear blue to promote petroleum, and has a weird obsession with imitation Olive Garden salad dressing recipes – officially announced her candidacy for OKC mayor earlier today.

Although she has yet to officially file, that means the four people currently running for mayor of OKC are Hefner, GOP-lite social media addict incumbent David Holt, left-wing Jimmy Lawson, and Frank Urbanic – the right-wing anti-masker who Carol has already endorsed for mayor: 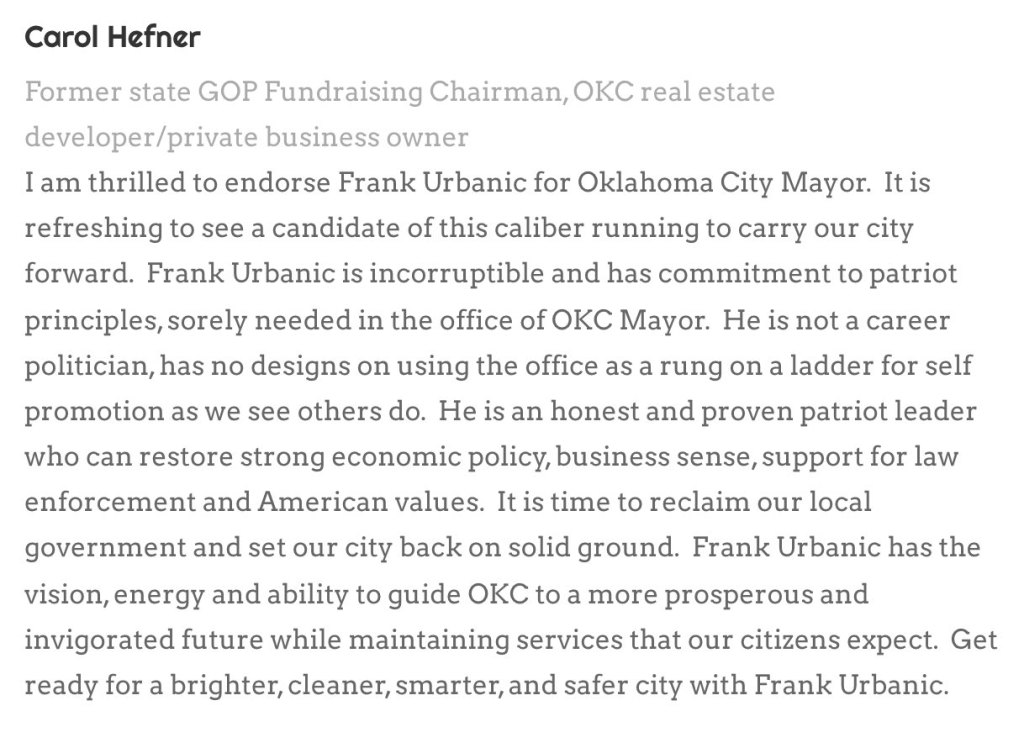 Seriously, outside of getting her medications mixed up, I wonder what happened to make Carol Hefner run against the guy she recently endorsed?

A few days ago, she appeared to blame God:

Actually, I would argue Carol has the heart of tin man... and brain of a scarecrow.

Anyway, I have a baseless theory that Carol and Urbanic still may be working with each other, and she's simply entering the race to make Urbanic seem like a more sane and reasonable candidate.

Then again, maybe they had a falling out. Perhaps Urbanic wasn't racist or bigotted enough for her? That could always be the case:

Those are just three examples from a treasure trove of deranged, racist and maniacal posts she's shared to Facebook over the years. You can view more here or here.

Anyway, as I mentioned last week, I would like to thank Carol for making this year's mayoral race at least semi-fun to cover. Stay with The Lost Ogle. We'll keep you advised.