In January of last year, CNBC ranked Oklahoma City number 13 in a ranking of  “15 Cities Where You Live Really Well On $60,000." Instead of using a pretty picture of our skyline, some gentrified arts district, or any other chamber approved stock art like they did for other cities on the list, CNBC went with this:

Pretty rude, huh? Although that pic offers a more fair and accurate depiction of Oklahoma City than most other stock photographs, you think they'd go with something more"marketable." At the very least, a photo with a little less rust and graffiti.

Anyway, I bring all this up because CNBC recently published a list of "10 places where salaries have gone up most in the past five years." Oklahoma City made the list, and now I'm starting to think CNBC is taking things personally... 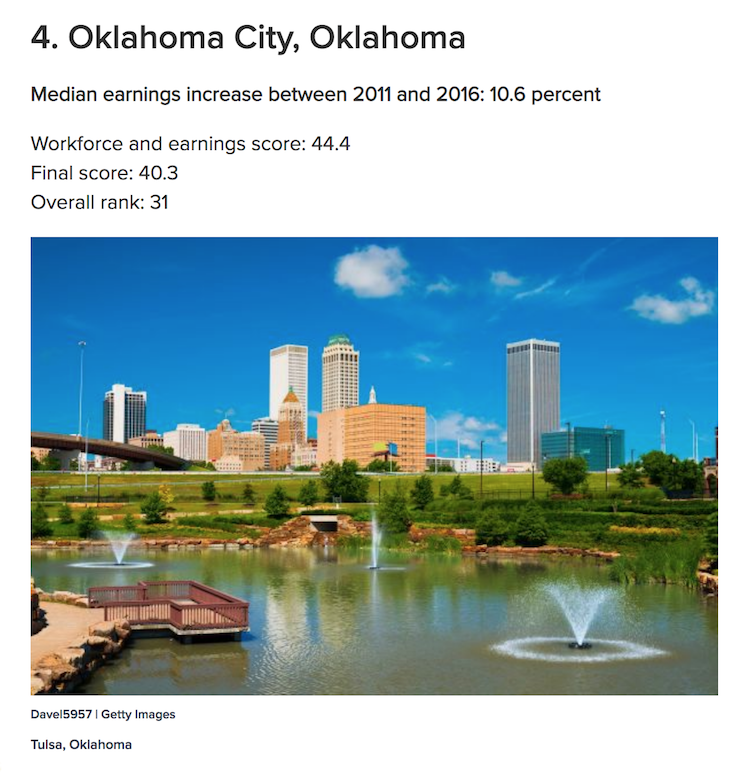 For those who have either A) Never been to Oklahoma City or B) Can't read the CNBC photo credit, that's actually a pic of Tulsa's skyline. Oklahoma City's is much bigger, shinier and phallic:

Although I appreciate CNBC for including a photo of a skyline instead of something from Hub Cap Alley, can't they use the right one? Perhaps they should just forgo the skyline route, and use a photo of a landmark or public art. I'd suggest the OKC Cock Ring. Everyone knows where that is: