Today we're going to introduce a new feature called The Mount Rushmores of Oklahoma City. Every month or so or whenever Patrick can convince me to get out of bed and write something, we'll name some new Mount Rushmores of Oklahoma City. By this I mean we'll put together a list of every Oklahoman who has had their face carved into a mountain over the past month. No. That's not right. What we'll do put together a list of the four Oklahoma Citians who best represent a certain category.

Her voice is burned in my memory -- the stuff of my nightmares. I can't tell you how many times I've woke up in the middle of the night with sweats, thinking "She's back!"

Famous enough that they actually have an urban legend about them that everyone knows. Fun fact: when you start typing "mathis brothers" into google, it autocompletes it like this:

Never did figure out why they would always hold a baby or a dog for no apparent reason, but I think we all remember where we were the day they finally completed the never-before-seen "Mathis Brother Holding a Kid Who Was Holding A Baby And A Dog."

When did the last Tall Paul commercial air? And yet we can still all sing the song. Also, Paul Meade Insurance is still around. They should bring him back!

Ok, so he's not a real person, but who really cares. He's real in our hearts. W

I was going to put Johnny Ross' swinging arm in this spot before I found out it actually did commercials all over the country, not just in OKC. Who knew?!

The Mount Rushmore of Celebrities Arrested in Oklahoma City 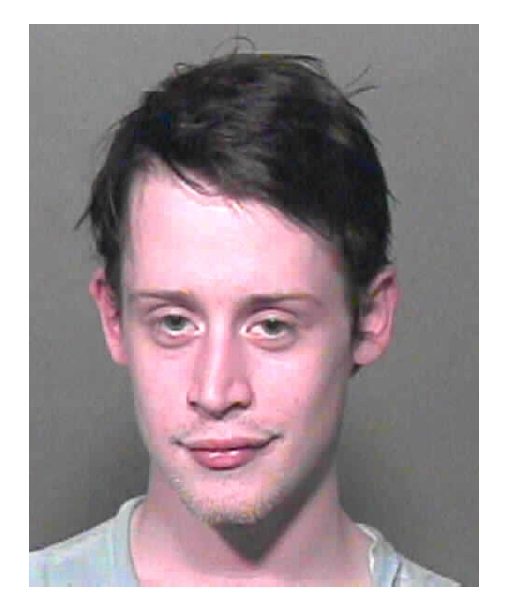 Getting arrested in OKC for having weed and prescription pills probably did more to raise Macaulay Culkin's profile than any movies he's done in the past 20 years.

I don't know about you guys, but I was forever scarred when I learned from Two Chainz that popular musicians sometimes do drugs. :(

Who could have predicted that the Oklahoma City police would overreact to a Ron Jeremy look-a-like stripping down and telling the crowd to "eat my pussy?"

OK, she wasn't arrested, but the police got involved and filed a report so I'm counting it. Of all the stories TLO has broke over the years, Jessica Alba defacing Oklahoma City by plastering a bunch of posters of sharks has got to be the single weirdest one.

People seem to remember "I'm a man! I'm 40!" the most but for my money the best part is "Or says he's fat!" One of the great regrets of my life is that I never got to see Jenni Carlson's reaction when Gundy was losing it. I would pay good money for any video of her while that was going on.

What's amazing about Greyson Chance is that he seems to remain just as popular as ever. There's never been a backlash against him like most entertainers who got famous on youtube. Bonus points for not being Justin Bieber.

The "Make It Snow" girl

I always thought this one was pretty mean, and whoever her supposed friend was that uploaded it to the internet is kind of a jerk, but she at least she got a web redemption on Tosh and seemed to take the whole thing with good humor.