7 places Oklahomans should be banned from visiting

Since COVID-19 cases in the US and specifically Oklahoma are rising faster than a pan of cookies on Emily Sutton’s dashboard in July, many countries have flat-out banned us from visiting. Lately, multiple states have also started requiring Oklahomans to quarantine for 2 weeks upon arrival or face fines. While many Oklahomans, whether through argument of personal liberty, personal responsibility, or personal grudge, believe that the travel restrictions go too far, I personally believe the restrictions don’t go far enough. In fact, here’s 7 other places Oklahomans should also be banned from visiting!

FACT. At any given moment, 63% of the Branson, Missouri population is made up of Oklahoma couples who had visited Bass Pro Shop and got roped into the Big Cedar Timeshare “free vacation” sales pitch. Bransonites have had enough of us cavorting around, butchering Yakov jokes and hogging all the tickets to the Dixie Stampede.

Give me one good reason why any Oklahoman you know should be able to visit Facebook.com. I’ll wait.

Once Oklahomans find out there exists a world of rednecks with tax payer-funded, universal healthcare and effective leadership, it’s over for the Oklahoma GOP. 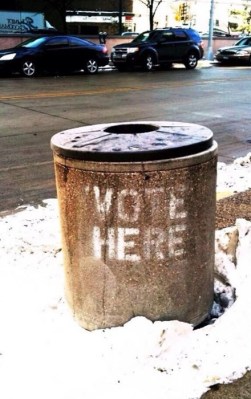 By the way our esteemed leaders, on both city and state levels, are navigating this here pandemic, I’m going to make the call that Oklahomans should no longer be allowed to choose their own leaders and thus should be banned from visiting the voting booth.

Legend has it that there is an actual region-wide ordinance banning Oklahomans from stepping foot on the shores of the island after a couple of Watonga-based honeymooners tried to order a side of ranch with their sfincione pizza back in 1997.

Oklahomans should be banned from Miami, Florida because 1. We already have a Miami, 2. We complain enough about the heat and humidity being 37 degrees north of the equator, so we sure as hell can’t handle being 11 degrees closer, and 3. Our weak constitutions can’t withstand eating at a Mexican or Latin American restaurant without complimentary chips and queso.

Anywhere Without a Mask

If you’re going to be traveling anywhere nowadays, you should be wearing a mask. In a fact that appears to be contrary to the popular belief amongst our esteemed leaders in Oklahoma, this pandemic has only gotten worse.

In my spare time, I officiate secular weddings, read about dead people, and search for the American Dream.

Louis Fowler
January 31, 2023
Everything Else