This year's race to be the most embarrassing Oklahoma lawmaker is off to a thrilling start!

Last week, noted Islamophobe John Bennett provided a questionnaire to students who stopped by the Capitol on Thursday for Oklahoma Muslim Day. It asked basic questions that a state representative needs to know about his constituents, like whether or not they beat their wife or approve of killing Jews and Christians who don't agree with Mohammed. 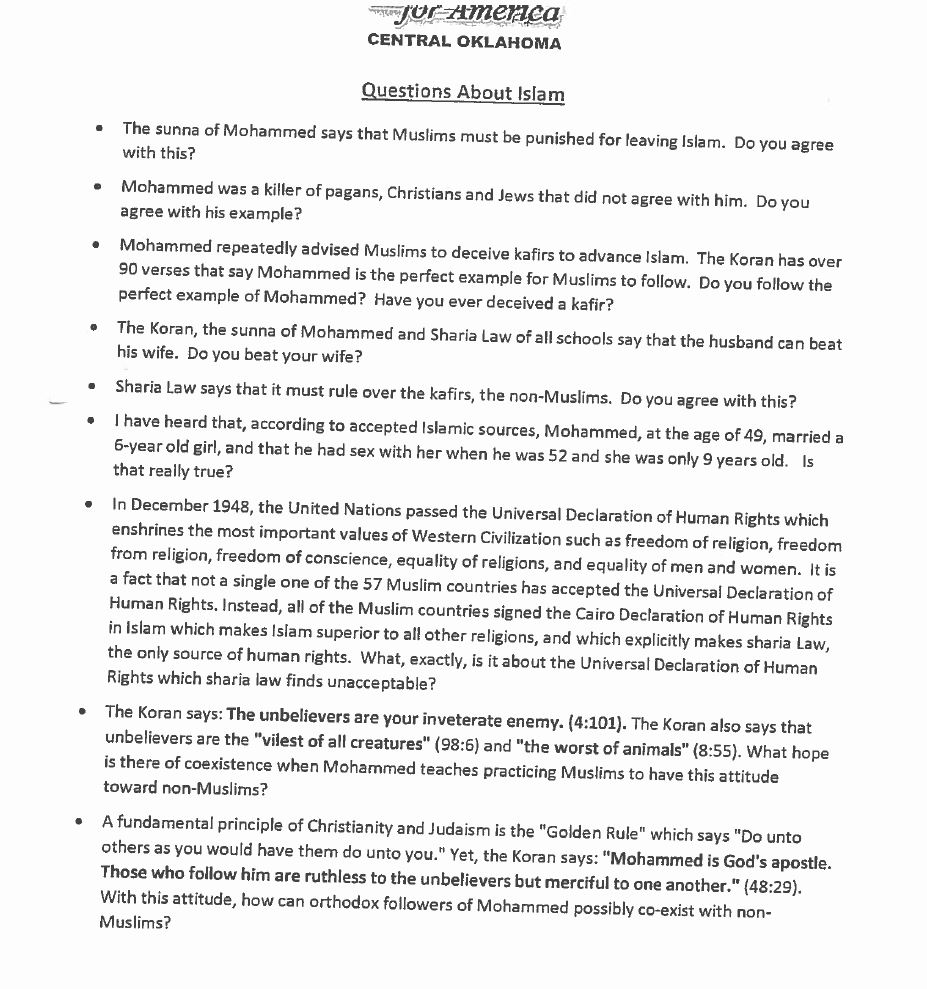 Check out this questionnaire about the Bible that a Twitter person put together for Bennett. I'd love to see his answer to these questions:

I know John Bennett is a right-wing, gun-loving alt-right nut job who chooses to ignore logic, reason and fundamental facts so he can enjoy life in his own alternate reality built upon fear and hatred of people who may look, act or speak differently than him, but how could he not see the hypocrisy in his questionnaire? All religions are have crazy texts, laws and radical fundamentalists like John Bennett that embarrass their followers! This isn't anything new.