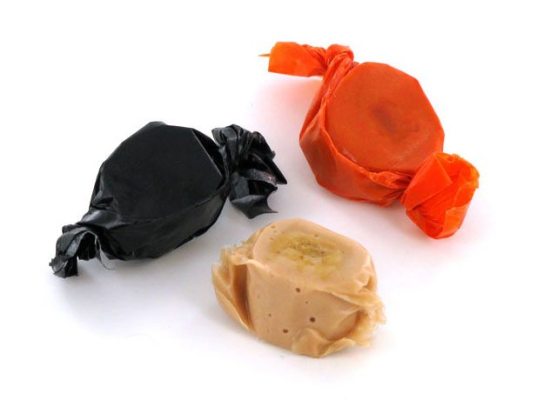 They say the worst costumes are the ones you have to explain. Forget that! To me, the best costumes are the ones that not only require a story behind them, but a long, tedious one that is mostly embarrassing to this fine state of ours. That being said, every year the Lost Ogle suggests ten last-minute costumes based on the past year here in the Sooner State and this holiday season Patrick asked me to come up with a few ideas of my own, many of which are so quick and easy some of you are probably wearing these costumes now and don't even know it.

The Sad Paw-Paw phenomenon, sadly, only lasted about a week. Don’t get me wrong: no one wants to ever see a Paw-Paw sad, and, thankfully, as soon as this one’s lonely visage went viral, his rotten offspring got their act together and invited the whole state to come and share a hamburger or two with him, beautifully turning that wizened frown upside down. That’s the Oklahoma Standard! Unfortunately, however, somewhere out there in Oklahoma—maybe even next door to your right now!—there’s an Even Sadder Paw-Paw with no friends and family, pining away, alone, in a solid state of absolute depression, leaving him to eat cold cans of Best Choice Vienna Sausages with stale store-brand white bread for dinner as he starts to forget which medications he’s already taken today. There will be no cookouts anytime soon for this Even Sadder Paw-Paw.

I don't know who, but someone’s going to these things, otherwise they’d stop having them, right? Whether it’s because the Middle School art-teacher loaned you a book on Wicca or your mom threw away that copy of Korn’s Follow the Leader duped from the library, probably the easiest way for a teenager to rebel against the cultural norms set forth in this ever-so-tight Bible belted state is to shockingly reject Christianity with all the vim and vigor that only a teenage temper tantrum can muster up. Go out and give ‘em Hell, you teenage rebel, just mind the dozens of prostrating Catholics blocking the Civic Center doorway.

“Listen, bro…I’ve got 27 new copyrights I need you file…”

“Mr. Tuttle, I don’t think you understand, it doesn’t really work that…”

“JUST DO IT YOU SUBARU-DRIVING PUSSY!” *click* *dial tone*

Call me an old-fashioned romantic, but I fail to see how leaving comments such as “Nice running shoes! I wonder what the soles smell like!”—even if it truly is meant as a compliment—will turn Ms. Chaney’s comely head your way, noticing you and only in a way she never has any other possible romantic partner in her life before, online or otherwise. Either way, bless those obsessed internet commenters that hold on to their dreams of love, no matter what those silly restraining orders might say.

For the second year in a row, OKC City Council Members have decided that the Metro’s Indigenous population are not worthy of a day to celebrate their resilience and dignity in the face of 500 plus years of genocidal adversity, but that doesn’t mean they can’t celebrate their ghoulish hard work arbitrarily flipping light switches by giving those pesky Red Devils that show up on their collective door steps some very traditional Halloween treats in the form of these specially-made super spooky Halloween blankets!

Embryonic…Christmas on Mars…Heady Fwends…With a Little Help from My Fwends…whatever that thing with Miley Cyrus was…chances are if you didn’t steal it off the Internet, here is where your copies of the Flaming Lips’ output of most the past decade have ended up after one extremely trying listen. Show your appreciation this Halloween by dressing up as the Womb’s dumpster and invite your own cadre of tween “fwends” to dump their viscous milky-liquids, dogs in Native headdresses, penile tinsel-spindles and diseased glitter-condoms in you, creating a visual spectacle that will hopefully divert everyone's attention away from the fact you can't write listenable music any longer. Be sure to save room for that new single!

After the divorce, mom took a little time off to find herself and by the time she did, apparently it included finding Randy. Yep, everyone knows Randy; it’s the first dude your mom dates when finally getting back into the single life. She’s insecure and doesn’t feel as pretty as she used to, but Randy, with his local hard-rock cover band ways, sweet ponytail and collection of off-the-wall hilarious t-shirts, is going to reintroduce her to her long-suffering womanhood, exploring her body in ways your father never did, probably while you’re at school because Randy doesn’t have a day-job, unless you count rockin’ yr mama’s loins a day-job! (He does.)

9. That One Urban Professional on Twitter That You Have on Mute

There’s always that one local PR person, District director or alt-weekly journalist that believes if they aren’t posting on Twitter ever single minute, the entire social media structure of OKC will collapse around them. From asking everyday around 11:45 “Where’s a good place to eat in Midtown?” or waxing rhapsodically about the new Horse Thief dirge on Bandcamp, you don’t want to be a jerk and unfollow them because you might have to deal with them in the future, so, sorry, it's not that I don't love your "Question of the Day" feature, but I need my space bro. Mute button it is.

10. Louis Fowler, Sometime Within the Next Few Years

As the only food writer in the Metro to receive death threats simply because I didn't list your favorite taqueria or BBQ joint in a top five list, just to show that I’m a good sport, here’s an easy, last-minute costume that, according to the assorted medical specialists who I see on a regular basis, is scary for its life-like accuracy and sheer prophetic nature. See you on the other side, folks! Bwa-ha-ha-ha-ha!

Can we all agree Mary Jane Peanut Butter Kisses are the worst candies of all time? Follow Louis on Twitter at @LouisFowler.