Some Christmas movie was filmed in Tulsa. It’s probably going to be great and terrible. 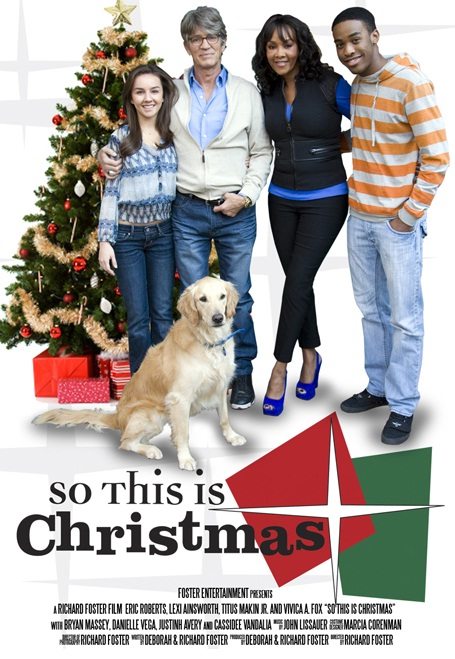 Christmas movies pretty much well, are what they are. They're going to be thrown-together, full of cliches, and you'll have to watch each one at least twice throughout the holiday season. But, if you go in with the right attitude, your elementary-aged nieces and nephews giggle at the slapstick comedy, and your grandma doesn't storm out of the theater appalled by a tasteless joke (this actually happened to me, in 2008 during the baby barfing scene in Four Christmases), then I'd say the film served its purpose.

Apparently, they filmed one of these cinematic gems in Tulsa and previewed it here this weekend. From News on 6:

A Hollywood film shot entirely in Tulsa previewed in the Sooner State on Sunday.

"So This Is Christmas" is one of several big movies shot in the state and a lot of those on- and off-screen are from Oklahoma.

Oklahomans are excited to see their own on the big screen.

"I think they should have the spotlights going on out front and everything," Tulsan Michael Lowry said.

The producers chose to preview the film in Tulsa, where it was shot.

"Ticket sales have been really good, we're really glad to see people coming out to support the film and it's just wonderful to see it on the big screen," director Richard Foster said.

The movie is about teenagers in a mixed-race family who struggle with making the right choices as they grow up.

Through the help of a stranger, they discover the real meaning of Christmas and the power of a choice.

"It's always been in our heart to bring stories about real people in real situations and show that it's the choices that people make, rather than what happens to them that determines whether they're going to be successful," Foster said.

Foster chose to film in Tulsa because of the Oklahoma Film Enhancement Rebate, which reimburses 35 percent of the film's costs spent within the state.

The stars are from Hollywood – including Eric Roberts and Vivica A. Fox -- but many of the supporting roles and nearly all of the crew are from Oklahoma.

Foster hopes people walk away with a sense of hope.

I vaguely remember a time when Eric Roberts was kind of hot. Actually, I think that was a mere four years ago in Batman. But alas, "starring in Christmas films" and "being sexy" are two mutually exclusive states. Think of what happened to Tim Allen, Rob Lowe, Jonathan Taylor Thomas, and okay, I guess there are a few exceptions.

Speaking of exceptions, there are a handful of awesome Christmas films worthy of their marathons. Home Alone, It's a Wonderful Life, Christmas Vacation, and White Christmas to name a few. I just so happen to adore Christmas With The Kranks, although I'm aware that I might be the only person who has ever said that, ever. (Editor's Note: Chelsea left out Die Hard, one of the greatest Christmas movies of all time).

But for the most part, Christmas movies are entirely constructed of feel-good plotlines that are an odd balance of being both incredibly cliche and unlikely to occur in real life. These movies make our great aunts cry, and make us feel like bastards for wanting to spend the night of Christmas at the nearest bar.

The worst and most misleading Christmas movie to date is Love Actually. The goofy caterer has a foursome with Elisa Cuthbert and two of her foxy friends, the stammering Prime Minister falls in love with with probably the most annoying chubby British ingenue since Bridget Jones, a guy creepily admits his undying love for his best friend's wife and suffers no repercussions, two porn stars (or were they just fluffers?) fall in love, and Snape shacks up with some ho. Despite the all-star cast, this movie blows. It's slow-paced, kind of confusing, and someone ALWAYS insists that it play in the background during every tacky Christmas party. I'd rather lick a flagpole or wake up stranded in the desert in a Santa suit than watch that garbage one more time.

It's pretty cool that a movie besides the Outsiders and UHF was filmed in Tulsa. I'm quite the fan of bi-racial families, considering that I'm a product of one such union. I (embarrassingly enough) really love this film's namesake song. I even think the dog in the movie's poster is pretty cute! But there's probably a reason why none of us have ever heard of this movie or even knew that there was a movie shooting on our home turf. If Rob Lowe can't make a cheesy tear-jerker leap out of Walmart's $5 bin, I'm just not convinced that Eric Roberts and Vivica A. Fox can either.