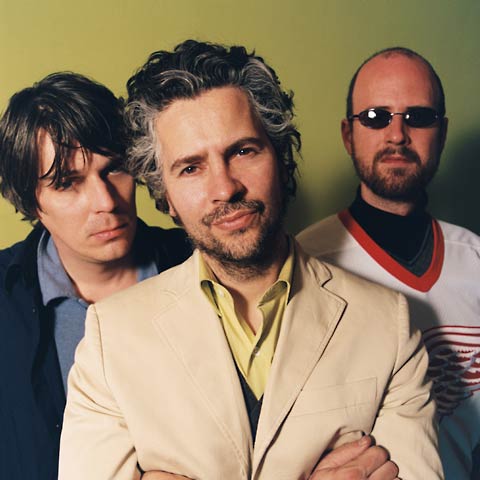 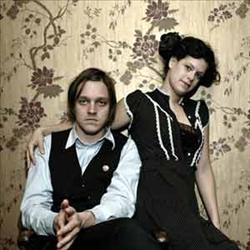 It's hard to believe, but the third post I ever wrote for this site had to do with getting the Arcade Fire to play a concert in OKC.  I wrote the post back when we had 12 readers.  I wrote it because the Arcade Fire is one of my all time favorite bands.  Here's an excerpt:

I was fortunate enough to see them at the Conservatory about 3-years ago when they were the opening act for a Canadian band called The Unicorns. They were (and still are) the best live band I have ever seen.

About a year ago, I wrote my hundredth-and-something post.  It was a power poll ranking the Top 10 Flaming Lips Songs.  Here's the explanation:

The whole inspiration behind this post was to pay tribute to one of my favorite bands. However, I also am doing this because I'm a nice guy. You see, there are a bunch of people around town who like to brag about the Flaming Lips and name alleys after them and watch them perform at the centennial concert, but don't really know a damn thing about the Lips and their music. Hopefully, this will help them out a little bit.

Why am I telling you all this?  Well, it looks like the Arcade Fire and Flaming Lips "” two of my absolute favorite bands "” officially don't like each other.

In a recent interview with Rolling Stone, Wayne Coyne ripped the Arcade Fire.  He essentially called them pompous assholes:

I'm a fan of them on one level, but on another level I get really tired of their pompousness. We've played some shows with them and they really treat people like shit. Whenever I've been around them, I've found that they not only treated their crew like shit, they treated the audience like shit. They treated everybody in their vicinity like shit. I thought, "Who do they think they are?" I don't know why people put up with it. I wouldn't put up with it. I don't care if it's Arcade Fire or Brian Eno. If either of them walked into a room and treated people like shit I'd be like, "Fuck you, get outta here."

The only time we have ever shared a stage with the Flaming Lips was our last show on the Funeral tour at a festival in Las Vegas (over 3 years ago)...we arrived the morning of the show from Brazil, slept all day and awoke into some kind of surreal Vegas jet-lag dream in which we were playing after the Flaming Lips...how strange...I was really excited to meet Wayne. Clouds Taste Metallic was a huge record for me, and growing up in the weirdness of Houston, I always imagined Oklahoma City to be in the same universe. I was really nervous to meet him and I felt a little weird that we were playing after them. We traded a little hello, but he was a hard guy to get a read on. Steven Drodz was super nice, and I felt good after talking to him...

So...I am not sure Wayne is the best judge (based on seeing us play at a couple of festivals) if we are righteous, kind and goodhearted people like The Edge and Justin Timberlake (who I am sure he knows intimately as well). I can't imagine a reason why we would have been pompous towards The Flaming Lips, a band we have always loved, on that particular night, all those years ago. Unless I was way more jet-lagged then I remember, I hope I was less of a "prick" then telling Rolling Stone that a bunch of people I don't know at all are really assholes.

The Flaming Lips are one of my all time favorites. I own their CDs. I've bought their tickets. I even live in a town that has a Flaming Lips alley and state that just named "Do You Realize" it's official rock song. But what the hell, why'd he have to go ruin my dream concert. Why couldn't he have gone off on Incubus or Vampire Weekend or Falcon Five O instead.

Anyway, I really hope that Wayne apologizes to the Arcade Fire, flies to Canada, and then buys the entire a band a bunch of herbal tea and gift subscriptions to Good magazine. After that I hope they hug, make up and then talk about playing a concert together at Opening Night '10. For good measure, they should also get Pearl Jam,  the Dismemberment Plan and Powerlines Down to play, too. They might as well make it one of the best concerts ever.