Okay, I had to cut out the original intro because – let's be honest – with the coronavirus pandemic now reaching Oklahoma in a very public, high-profile way, there's a good chance some of these events may not go on as planned. That being said, if you do get out to celebrate St. Pat's, be responsible, practice good hygiene, and WASH YOUR HANDS. Here's a little guide to help you:

Now, to some fun and festive St. Patrick's Day events that may not happen over the next week or so:

The 30-year celebration of Oklahoma City’s longest and largest St. Patrick’s Day tradition kicks off Saturday with an outdoor festival at Bricktown Live, located on Oklahoma Ave., across from the Canal. The free, all-ages, pet-friendly block party begins at 3 p.m on and rages ‘til the wee hours o’ the morning – or midnight, whatever. Free green party beads will be available ‘til they’re gone, and the sounds of DJ Litebrite will fill Bricktown with revelry.

No city is complete without its own signature St. Patrick's Parade, and the Energy FC O'City Parade has been ours! This year, O'City has joined up with Stockyards City for an extra primo, combined parade. Festivities began at 10 a.m. Saturday, with the famous Chain Ranch Longhorns being herded down Exchange Ave. — the most green any of these poor bastards have ever seen (too bad it's not grass). The late-morning start gives you plenty of time to throw back some Bailey's Coffee, before you throw on your finest green shirt and celebrate the greenest day of the year. If you're feeling froggy, follow the bagpipes, decorated floats, animals, antique tractors, clowns, motorcycles and maybe a weirdo or three in green Speedos, as the parade continues through Stockyards City. The walk will definitely help burn some of the booze calories you gave up caring about five years ago. 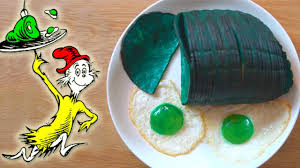 This is not a joke, this is a dare. It's also an invitation to revel in your childhood nostalgia for Dr. Seuss and acquire an impressive case of meat sweats that turns your toilet bowl into a St. Patrick's Day tribute. From 5-8 p.m. on Thursday, you are invited to gather the people in your life you've given up on impressing and proudly stroll them right in to any participating Furr’s location and Get. Your. Money’s. Worth. We are into the second week of "Read Across America Family Night" (speaking of literacy...is a night or two weeks?), but if you're hoping for Dr. Seuss rhymes with your green eggs and ham, you'd be smart to BYOB. And a book.

Because all the streets in Downtown OKC will be obscured by no less than forty-two parades, this 5K race takes place at The Patriarch Craft Beer House on Saturday. Race begins at 10 a.m. sharp! What a wonderful way to justify all those empty beer- and scotch egg-flavored calories your wife thinks are probably a bit much. You'll show her, when you get your ass out of bed, pop on those running shoes, and slog your way through 3-ish miles of really earning that free COOP beer and fancy race medal at the finish line. Because day-drinking after five kilometers of masochism is A-OK if it's in honor of St. Patrick’s Day. It's fitness, people.

Ready to get swept away in a tide of college nostalgia, green beer and bad decisions? This party is legendary and basically turns Campus Corner into Grand Central Station. Sooner fans especially appreciate this celebration, as they imbibe enough green beer to forget about bitter sports disappointments for one beautiful day! Yes, it's an all-day celebration, but you can mitigate the drunkenness and damage by showing up early to partake in Oklahoma's biggest "Green Eggs & Ham" breakfast. Get some food in your belly. Oklahoma Bagpipers will be playing their Irish hearts out whilst you scarf down that green gruel...which probably still beats the hell out of Furr's.

After all the debauchery, gluttony and other host of St. Patty's sins, you’ll have plenty to confess. And what better way to make a half-assed attempt at saving your sullied soul than to hit up Sunday mass at the namesake church of the holiday! Get yourself a little balm of the Irish masses, before continuing down your chosen path of inevitable self-destruction. Mass at St. Patrick’s is held on all the days but Friday, and confession is on Saturday...just in case a half-assed attempt simply won’t do. We think of this as going The Full Eucharist.

If you have other plans for celebrating St. Patrick’s Day (or for saving your soul), drop it in the comments.

*These businesses are paid Lost Ogle advertisers. We’d like to thank them for helping us get super rich.

Patrick
December 5, 2022
Everything Else