We started off the "Worst of OKC" a little over a month ago with the "Worst Metro Newspaper." The Oklahoman dominated with over 58% of the vote. Now it's time for us call an end to this little experiment with the category of "Worst Lost Ogle Feature." Vote after the jump.

100 Ideas for the Oklahoma Idea Initiative:
Idea 30 was my favorite: Force all Hobby Lobby employees to go to church on Sunday.

Ogle Madness:
This lost all credibility when we discovered Brent Skarky was stuffing the ballots.

The Justice League of Oklahoma:
This was originally going to be called "The Genius of Clark Matthews." 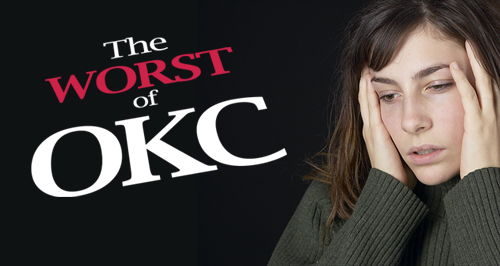 Worst of OKC
The recap edition of this will be out on Monday.